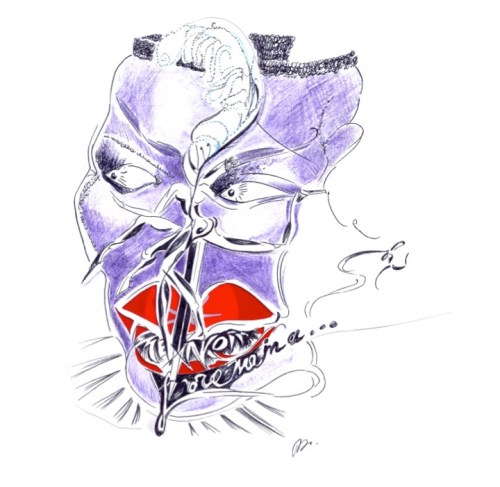 “I’ll never write my memoirs, there’s nothing in a book. Love me in a picture, Kiss me in a cast, Touch me in a sculpture, Whisper in my mask.”  We did! 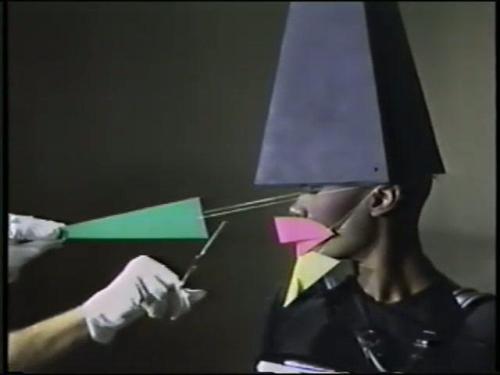 Grace Jones has been my #1 favorite since the night I saw a video at a house party, a bright spot in a dark room full of dancing, partying people.  Her image and haunting vocals seared through my world, the first words sung describing how I felt about art, life, love, and sex.

Her romp through Paris, her life at the edge of excitement, the detached voyeur of all of it…the soul of someone living a memoir, a life off the charted map, never needing to document it. 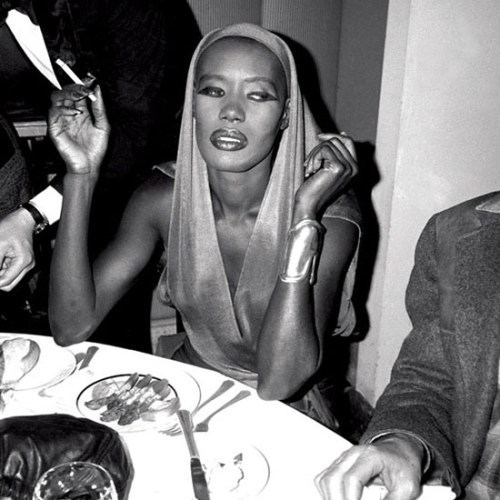 Grace Jones at the dinner party in her honour at Les Tuleries. April 5, 1986, © Patrick McMullan

Grace actually penned my favorite song Art Groupie, where she famously declares she will never write her memoirs.  The song will be forever changed when her memoir publishes September 29, 2015.

She was a must for my portrait series, however, being imagined perhaps more creatively than any other being on earth by top art directors, how very daunting to endeavor to create anything original!  Trying to do that simply would not do.  I had to “lust her in her mask.” I rolled through my favorite GJ ‘Art Groupie looks,’ interwoven in my life.  I turned her music, and just as I have since my 20’s, belted out Grace.

Yes, I had to catch the chilling androgyny… 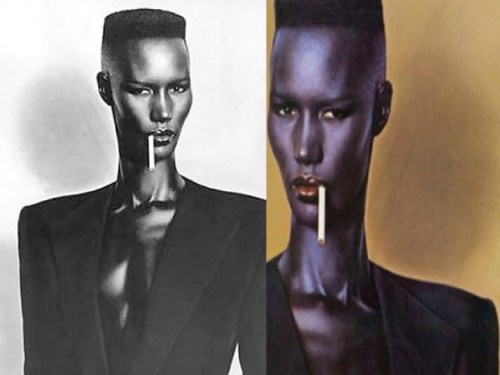 …and the “this is so much fun” Grace laughing at it all.  It’s that turn of her head, the sideways shaman eyes.  I always draw people in movement, even here, Grace’s face in motion, turning.  The look that wakes one up, like ‘the toll of the bell.’ 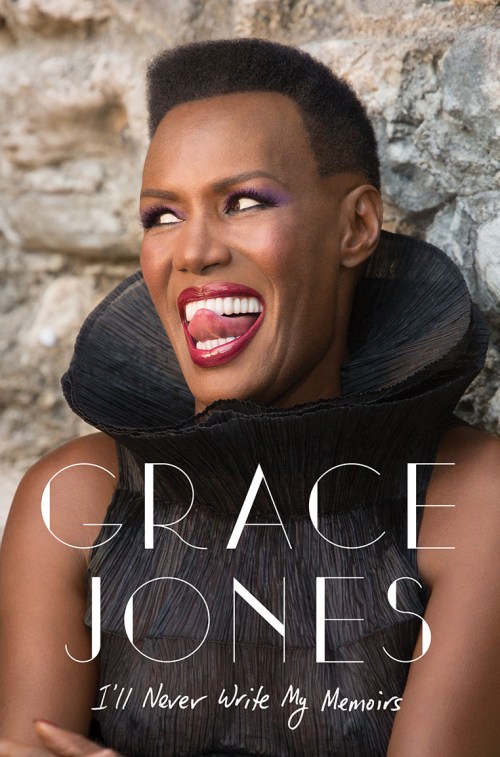 Once I captured that sideways eye in my first sketch, 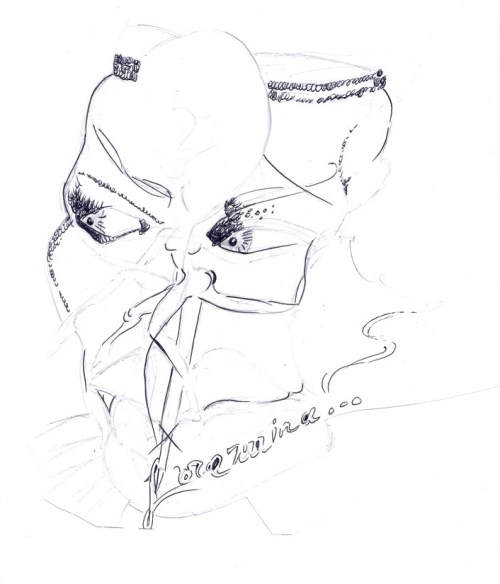 The iconic images were going to arise, how could they not? How could I pay homage and not weakly replicate as Grace has rightly accused the pop singers today?  How could I not think about that too much and just feel?  More Dancing. More Singing. 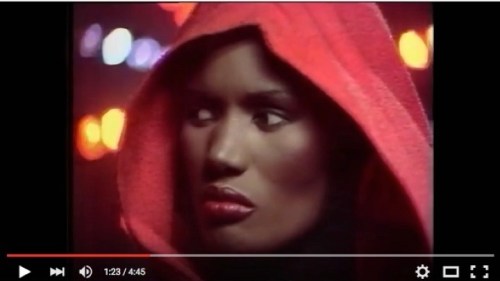 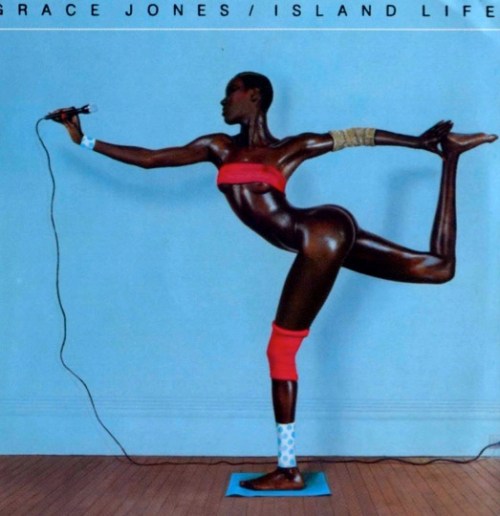 The Jean-Paul Goude elongated Shiva yoga pose of Grace evolved into a multi-legged dancer.  Shiva dances as his foot is being bit by the snake, again that moment of realization, enlightenment, dissolving of boundaries, masks. 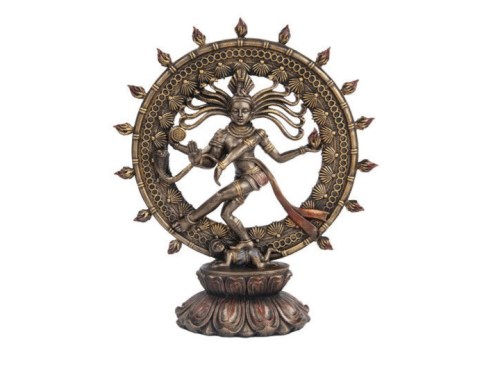 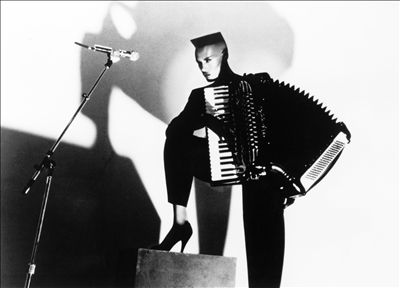 The plumed pen central for the writing and… 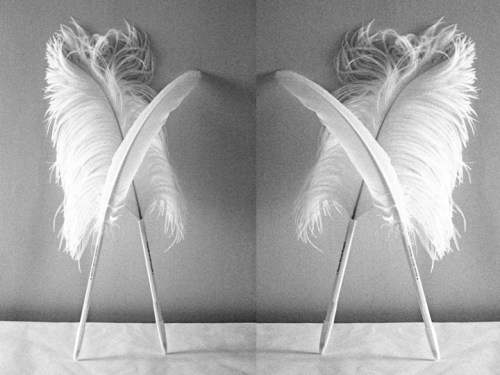 …then I realized it recalled the feathers on the top of masks. 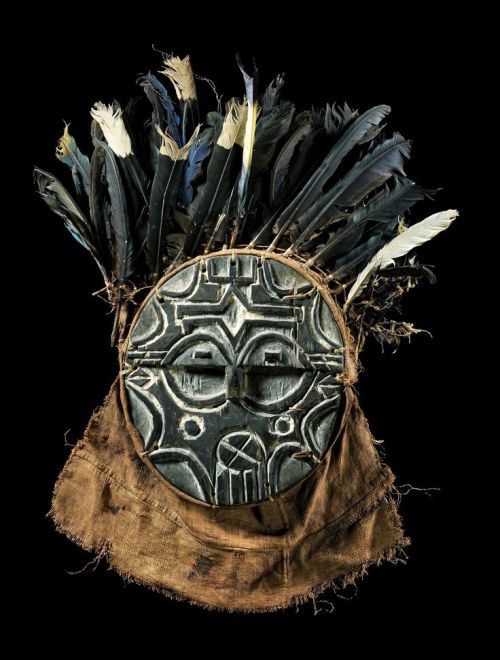 And then I saw the mask right in front of my nose!  The mask sculpture, on my desk, which gave her the beard… 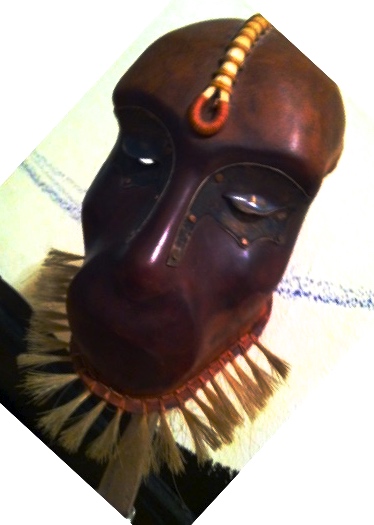 Grace’s purple skin was perhaps the last element.  I was most impacted by the feeling of these two images: 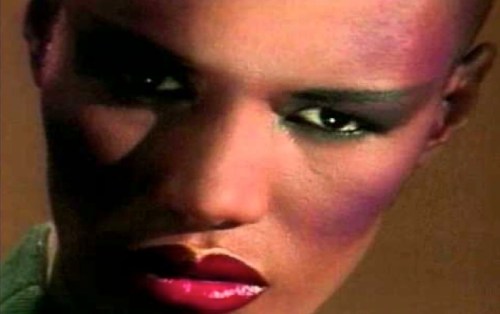 I loved the eye in this 1938 Harper’s Bazaar cover, for the feel of Paris that floats through Grace’s music. 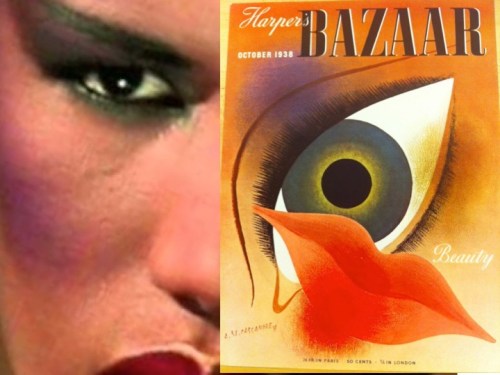 In the midst of drawing Grace, I visited the John Singer Sargent show at the Metropolitan Museum and was struck by the makeup of Madame X and Sargent’s portrait of Le Carmensita, the capturing of enigmatic performers and ‘self-possessed’ women. 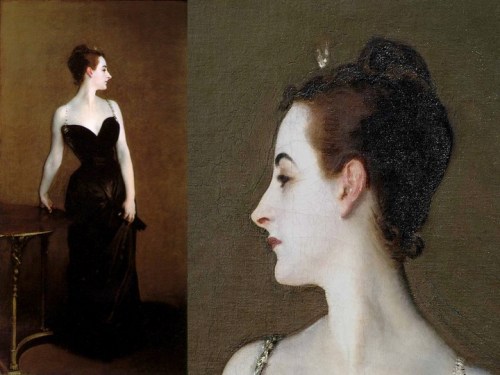 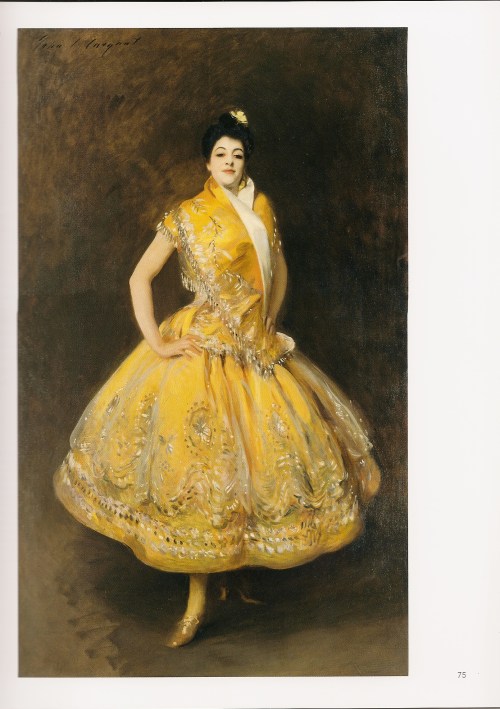 In pondering The Face of Grace, one of my favorite images, Kim Novak entering Ernie’s in Vertigo, came up on my screen with its hot purple, red and turquoise.  There it was again, that sideways look of a woman ‘in a mask’, a double…and Grace became purple.  Doubling again, the visit to an art museum, gazing at a portrait, the resemblance. Again my life echoes adventures with Grace! 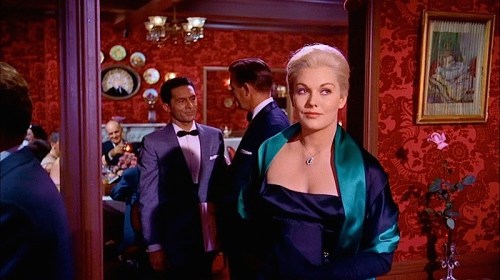 This is why Grace is purple.  Go back to Nightclubbing image, it was the blue-black-purple of her skin that entranced!

Completely unconsciously, the word ‘Memoir’ on her lips evolved, perhaps for the intense way a word curls off Grace’s lips.  As I played, it alternately read ‘Me Voir’ (French word for To See) or ‘Me Noir’ and hmmm, the red paper I chose for her lips hovered in red-ball gag territory.  And is that an alien at her third-eye?  Not planned!